The Idaho Humanities Council Speakers Bureau and the Boundary County Historical Society and Museum are pleased to present “Bad Asses and Disasters of Early Idaho” a performance by Gary Eller, Idaho Songwriter on Thursday, October 5 at 7 p.m. in the Museum; followed by a “Jam Session” with Gary – so, bring your instruments. 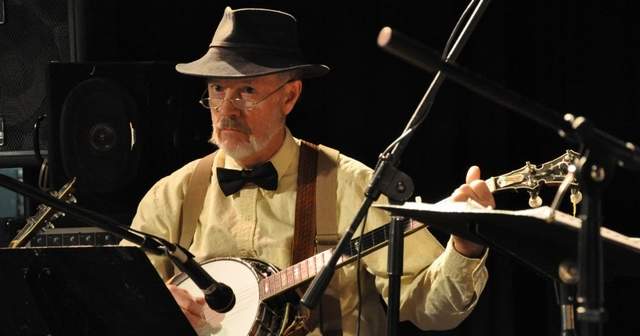 Since 2006, the Idaho Songs Project, sponsored by the Idaho Humanities Council, has collected, interpreted, and preserved songs written before 1923 about the people, places, and events of early Idaho. These songs provide a unique bottoms-up glimpse of the culture created by early Idaho’s working men and women.

The remote, frontier nature of Idaho provided fertile ground for colorful and sometimes unfortunate people and events. The Idaho Song Project group believes it is very possible that songs were written about these early notorious events of early Idaho. But alas, they have been lost to time. The purpose of the project is to correct, to some degree, this hole in the musical history of Idaho.

Many of Idaho’s ballad writers and musicians contributed to this project. One of these musicians is Gary Eller.As the director of the Idaho Songs Project, Gary has documented over two hundred forgotten early Idaho songs and has published over a dozen topically arranged interpretive booklets with audio CDs based on these songs.

Gary Eller sings and plays guitar, five-string banjo, and bass. He was born and raised in West Virginia and lived in Ohio and Georgia prior to a thirty year career in nuclear science and engineering at Los Alamos National Laboratory in northern New Mexico. In 2004, he retired to Pickles Butte near Nampa, Idaho. These diverse experiences have strongly influenced his musical contributions to many musical groups including Atomic Grass, Crossroads, and a number of duos and trios. Gary won the 2005 Horseshoe Bend, Idaho banjo contest with two original compositions, and placed second in the 2006 competition.

Currently he performs swing music in the Frozen Dogs, bluegrass in Chicken Dinner Road and early Idaho songs as a member of the Idaho Humanities Council Speakers Bureau.

Board of Trustees Monthly Meeting

The regular monthly meeting of the Boundary County Historical Society Board of Trustees is scheduled for the second Tuesday of each month at at the Museum. This meeting has been rescheduled for 4:30PM

What are you waiting for? Come on down to the Museum and see what has changed! It is no longer the one room you remember, it is three rooms full of excitement! New things to see every day because once today becomes yesterday it also becomes history.

To help support our Museum
we maintain a small gift shop.

Click HERE to see our White Caribou Gift Shop Page and see some of what we have to offer!